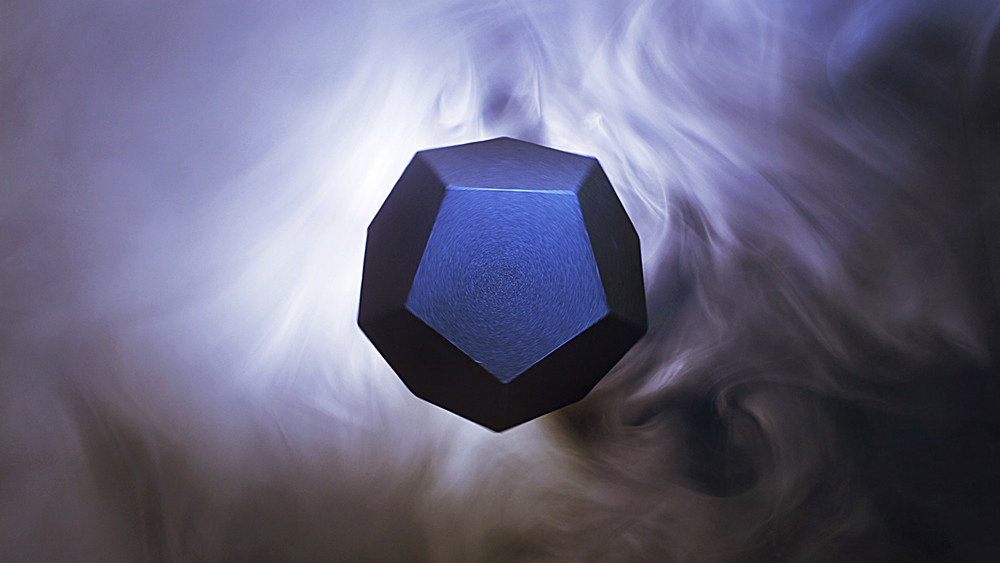 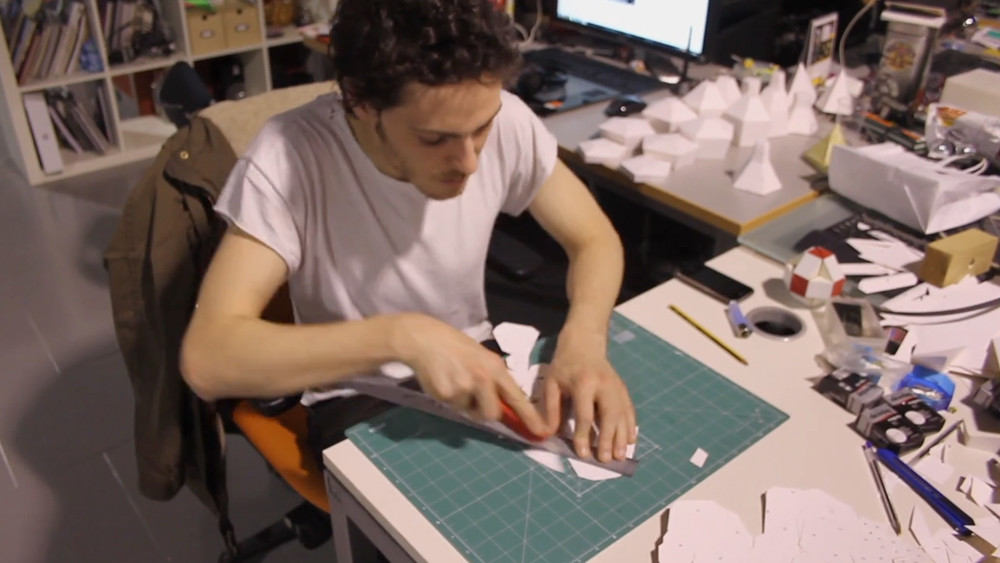 Resonance is a huge collaborative film produced by SR Partners in which 20 motion artists and studios and 12 sound designers explore the relationship between geometry and sound in 20 seconds.

Our 20 seconds for the piece, as well as the Director’s Cut, were created following a flipped production process: they were animated first and then, by using the Pepakura software, each frame was printed and transformed into paper cutouts that were glued and painted, transformed into real frames that were then shot in our improved Lightbox in stopmotion, which was controlled by our new motion control system, Motion Guerrilla.

This twisted process ensured a fluid stopmotion animation designed beforehand and a supernatural atmosphere whose lighting and textures would have been very difficult to achieve by 3D software.

The final result has absolutely no post-production except for colour correction.